A QUARTER PAST NOW

John Major Jenkins kicks off his Heretic website column with a fabulous extract from his heralded 2009 book, The 2012 Story, which describes the little-known intentions of Copernicus.

The best time to plant a tree is twenty years ago. The second best time is now.
– ancient Chinese proverb

The following piece on the little-known, heretical side of Copernicus is an excerpt from my book, The 2012 Story (Tarcher/Penguin Books, 2009, pp. 306-310). In Part II of that book I explored the larger implications of 2012, the galactic alignment, and Maya spiritual teachings. I suggest here a parallel between our times (era-2012) and the transformation that happened during the Copernican, heliocentric revolution, in that both periods involved an awakening of ancient ‘heretical’ wisdom, an antidote to entrenched stupidity, but resisted by demented guardians of the status quo. I concluded that ‘time will tell’ if the ancient wisdom of the Maya would be embraced in our times, or if ancient perennial wisdom would be mitigated, forced into slavery for a desacralised, materialist agenda, as happened with the original intentions of Copernicus.
John Major Jenkins – July 2015

Copernicus and the Spiritual Illumination of the Central Sun

Jeremi Wasiutynski offered, in his magisterial book The Solar Mystery, an in-depth re-evaluation of the influences that drove Nicholas Copernicus to formulate his heliocentric model. He noted that within the history of science the current understanding is ‘hampered by false preconceptions’ and ‘the prevailing ideas concerning the motives of Copernicus’s creative work are inadequate.’ 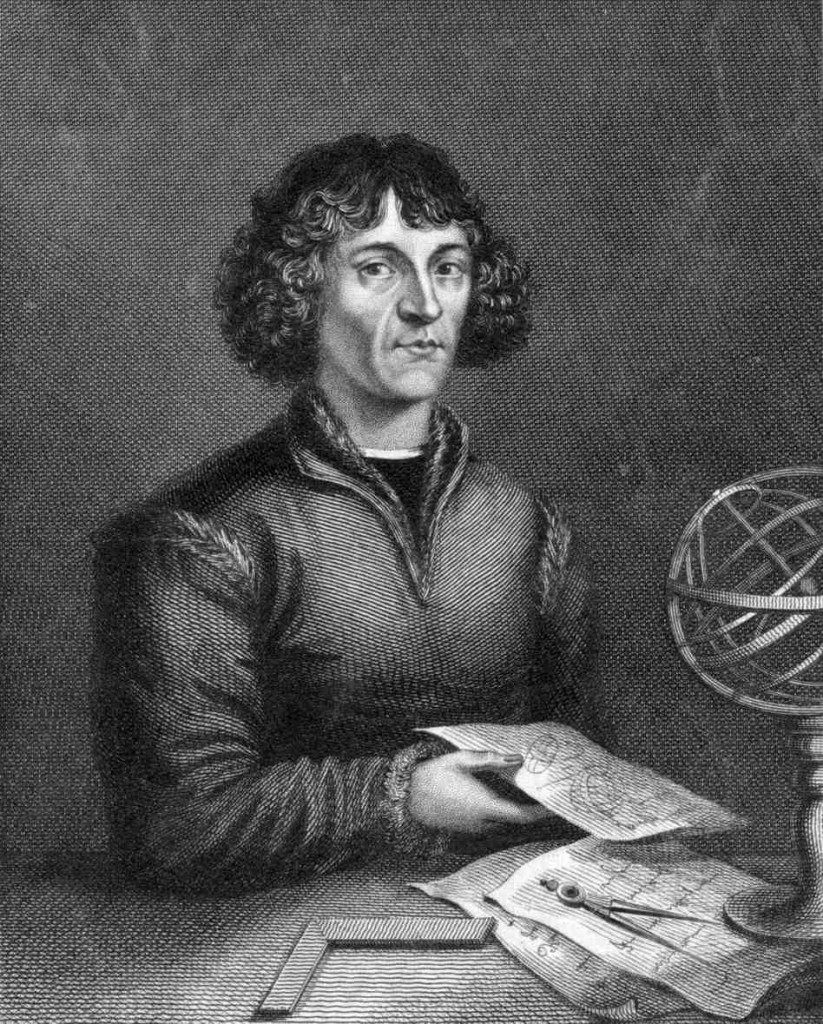 The symbol of the sun fascinated the great minds of the Renaissance, including Copernicus, Ficino, Pico della Mirandola, Da Vinci, Michaelangelo, Thomas More, Campanella and Giordano Bruno. They were all inspired by the new translations of ancient Greek philosophy which contained profound ideas that challenged Christian doctrine. As hermetic philosophers entertaining ancient ‘pagan’ notions, they danced on the fringes of heresy and their true agenda had to be cloaked in secrecy. For them, the sun had to be returned to the centre of a spiritual metaphysic, reviving a superior esoteric cosmology they believed was taught in the ancient Greco-Hellenist Mystery Schools, as well as Plato’s Academy (Edgar Wind, Pagan Mysteries in the Renaissance).

A group of initiates in Italy strove to realise the paradigm of the ancient solar religion. Copernicus was one of them. He sojourned to Italy in the 1490s and joined a milieu of thinkers and artists who were being transformed by the philosophical works of the late Byzantine Neoplatonist philosopher, Gemistos Plethon (Woodhouse, Gemistos Plethon). The connections between Copernicus and key players in this movement, which was in fact destined to trigger the sixteenth-century renaissance of ancient Greek science and ideals, are quite compelling. The period was awash with political and cultural tumult. Byzantium had just fallen to the invading Turks and intellectuals and other refugees were fleeing to Italy. There, the painter Giorgione and others were all ears and were greatly influenced by Neoplatonic and hermetic principles, one central idea being that the outer sun was a symbol of an inner sun, which as the central conduit of spiritual illumination offered salvation, as well as intellectual wisdom.  The ancient mystery cults of Greece placed this sun at the centre of their divine cosmos; why, then, was the external sun relegated to the outskirts? This line of thought led its investigators in two directions. For Giordano Bruno, it led to being burned at the stake. For Copernicus, it led to being hailed as the godfather of modern science.

In his book The Solar Mystery, published two years before his death at the age of 98, Wasiutynski wrote that his primary task was to reconstruct and interpret a complex of historical facts related to the working of the solar mystery in the minds and lives of some of the leading creative representatives of the Renaissance, united by unknown secret bonds. 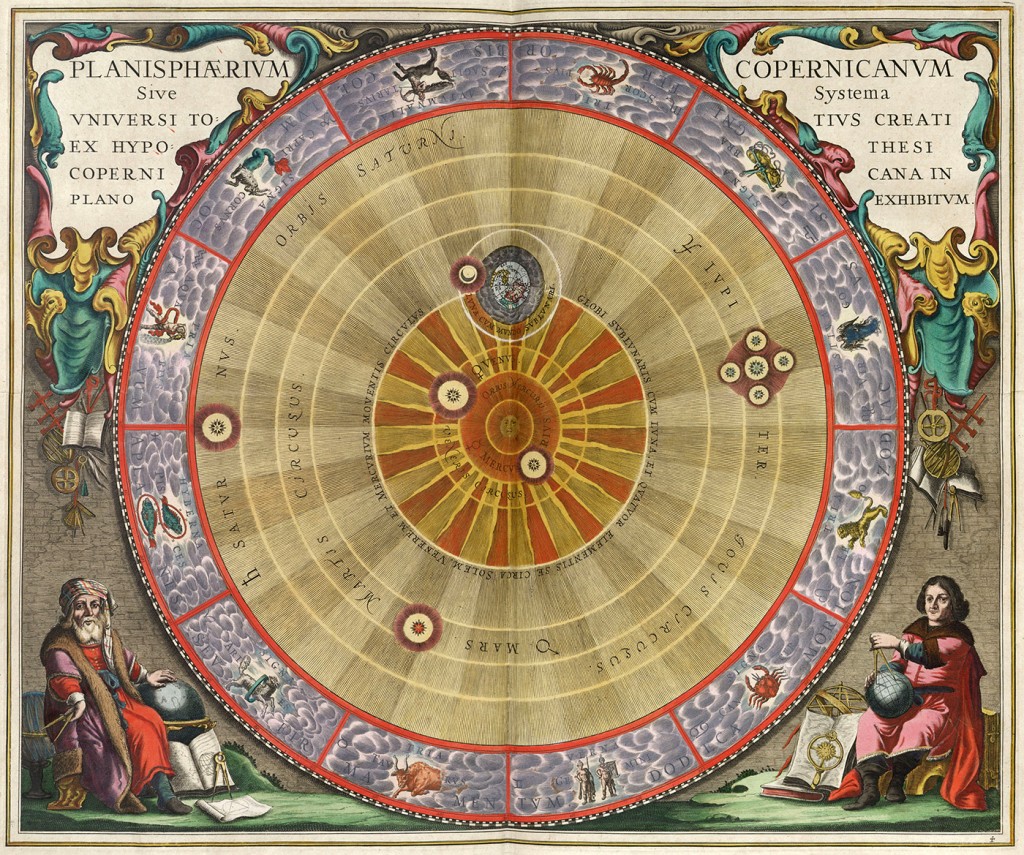 Copernicus emerges as a misunderstood figure whose real intention, in its original essentially mystical formulation, was diametrically opposite to what eventually happened with his work.

[Copernicus] was highly conscious of the crucial significance for human life of his transformation of the image of the world . . . [but] the way in which he was called to usher in the modern history of mankind has certain paradoxical and tragic features which have become fully apparent only now. (Jeremi Wasiutynski, The Solar Mystery)

Copernicus was devoted to a romanticised past in which spiritual mysteries had been realised by great sages and philosophers. In his effort to revive and ‘prove’ the principles at work in this metaphysic of solar illumination, he unintentionally undermined the very foundations on which he was building. Wasiutynski explains that this dislocation occurred because he attempted to represent the modus operandi of a high-order spiritual revelation in a lower order of consciousness – namely, that of a nascent materialist  science. This is, of course, the same problem we have in much of the modern scientific-academic treatment of ancient Maya teachings: force-fitting a multidimensional non-dual cosmology into the confines of a short-sighted linear flatland.

Copernicus had been an initiate in a solar brotherhood that erupted in Italy in the 1490s. His own vision of the world was re-centred upon the transcendent spiritual sun of direct gnosis, but when he tried to turn it into a tangible model, and present it to a profane world, trouble ensued.

By disclosing to the profane world the ruling power of the Sun in the universe [in a way that was] accessible to the science of his time, Copernicus definitively diverted the profane mind from that transcendent principle – the Solar Logos – which he himself had directly experienced as mystically present in the Sun. (Jeremi Wasiutynski, The Solar Mystery)

That this would occur, inadvertently against his own intentions, must have quickly become apparent to him, for although his great work was mapped out by the 1520s, he resisted releasing it and delayed its publication until a fan, Rheticus, facilitated its publication shortly before his death in 1542. The Copernican Revolution, as a new way of mapping the universe, was what the swine did with the pearls thrown before them. Cosmology (cosmos-logos = knowing the cosmos) was trumped by cosmography (cosmos-graphing = mapping the cosmos).

And here we are at a new juncture, in which a galactic cosmovision devised by ancient pagans (the Maya) threatens the superiority complex of modern science.  At the same time, if properly understood as an expression of perennial wisdom, 2012 offers to inspire and possibly awaken spiritually sensitive seekers. It offers something that has been winnowed out of modern civilisation, something that just might be more sophisticated than anything achieved by the modern world. How will Western civilisation respond to this breach in its self-image? Not surprisingly, it will call it doomsday and try to make you fear it, judge it, or dismiss it. It will try to render it impotent by distorting all the facts, or turn it into a Saturday afternoon distraction with a variety-pack of entertaining movies. In this, which is already happening, it enslaves 2012 to the small-minded agenda of empiricism and materialism.

The problem, as usual, is looking in the outer world for that which can only be found within. Wasiutynski, who in his thinking combined analytic exactitude with intuition, wrote:

As long as men will seek spiritual inspiration in some artificial temple rather than in the archetypal temple whose dim mirror-image is Nature, the products of their creative work are not likely to be immortal.  But the desire of Life was bound to raise mighty waves in the mythical substratum of European civilisation to break the crust by which the preservers of external traditions protected themselves against the Eternal Revelation.

Let’s hope that the galactic cosmology of the Maya doesn’t get treated like Copernicus’s heliocentric cosmology did. How many different ways must the stubborn ignorance of the Western world be handed the perennial wisdom on a silver plate before it stops, lets go and simply opens up? I hope that future historians will read this and chuckle to themselves, for the right reason. Time will tell.

John Major Jenkins is an author, tour guide and conference speaker best known for his unprecedented reconstruction of ancient Maya cosmology and the meaning of the 2012 date in the Long Count calendar. He has also written extensively about global mythologies and traditions, including Finnish Kalevala mythology, Christian esotericism, Egyptian astronomy, and the Perennial Philosophy. The author of over two dozen books since 1984, his 2009 book, The 2012 Story, is available at JohnMajorJenkins.com 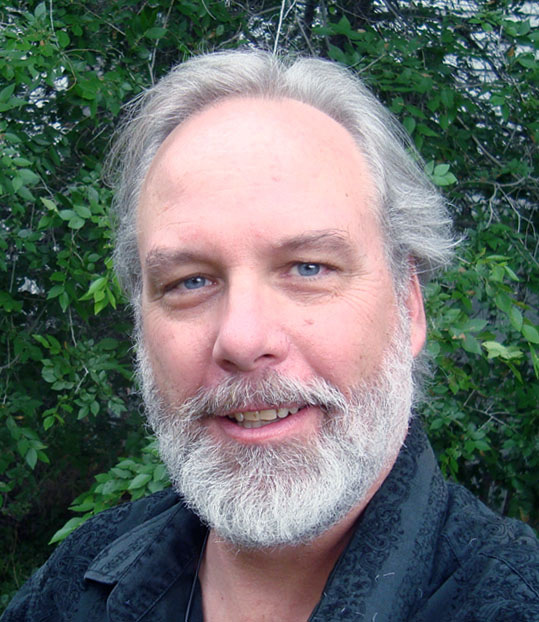