Where does the time go? The Heretic Magazine Issue 11 has landed like a lightning bolt from Zeus, full of devastatingly brilliant doses of heresy, only without the messy aftermath. As you swipe through the assortment of breathtaking articles, remember that our magazine is called the Heretic because heresy is how we keep our sanity in a world where media and puppet masters create the agenda and manipulate the masses. Heresy is how we fight back. Heresy is good.

Our latest issue contains eight sensational new articles and, in keeping with our commitment to bring you new voices from a variety of disciplines, five of these are by first-time contributors to the magazine, written by a variety of cross-disciplinary experts and subject-area enthusiasts in the fields of alternative history, lost civilisations and technologies, mysteries and conundrums, Rennes-le-Château, the occult, politics, science and more. No magazine offers more specialised content of this sort than the Heretic.

In On the Trail of the Tetramorph, Heretic Magazine regular Scarlett Amaris writes: ‘In an attempt to bring order and meaning into the structure of their daily existence, the first wise Persian astrologers appointed four royal stars in the sky, otherwise known as “the watchers”, who stood over the universality of divine dominion.’ What Scarlett has uncovered will surprise you.

Few, if any, have approached the heretical boundaries of present-day science. However, Barrie Condon’s brilliant and cutting article, Science for Heretics, is the sort of thing that would have incited his execution in medieval times. Today he will be acknowledged as a hero.

In The Treasures of Solomon in Istanbul Andrew Gough traces history’s most infamous relics from their capture in Jerusalem to Rome, Carthage and finally Constantinople. As a resident of Istanbul, Andrew draws on his extensive research into the relics currently on display in the ancient city’s museums and palaces, and questions whether they are, in fact, the treasures from the First Temple, hidden in plain sight.

Symbolism is pervasive in our collective psyche and omnipresent in the underground stream of knowledge. That is what D.A. Hodgson believes and in Symbols of Mary Magdalene she explores the memory of the consort of Christ in San Francisco, California. D.A. writes: ‘Symbols are a language of allegory, created long before the lettered words we are imprisoned by today.’ What she has disclosed will intrigue you.

In The Mysterious Game and Secrets of Mehen Jenny Kile examines a mysterious, 5,000-year-old Egyptian board game about self-discovery. Jenny writes: ‘The winning of the game represented the player’s rebirth and his coming out of the darkness.’ What Jenny has discovered about the game will make you want to seek it out and play it, of that we are sure.

If ever there was a new and innovative approach to solving an old mystery, in this case Jack the Ripper, then Skelton’s Gematria: The Scripture of a Secret Religion by Robert Nield is it. Robert writes: ‘Occultists believed that if two words or phrases summed to the same number, the words or phrases were “mystically” connected. This was known as “resonance”.’ However, the manner in which Robert applies this principle to reveal the identity of Jack the Ripper will astound you.

Roland Rotherham has likely forgotten more about King Arthur than most Arthurian experts actually know, and in The Legend of Saint Nectan’s Glen he has an unfair advantage. Roland lives in Tintagel, the alleged birthplace of King Arthur, and has identified a new and historically sound connection to Arthur in the nearby waterfall of St Nectan. Roland writes: ‘Legend tells us that the knights of the fabled King Arthur used to visit Nectan at this cell and would spend the night in sacred vigil, before receiving his blessing prior to their going on a quest.’ When Roland writes, enthusiasts of King Arthur should listen.

Philip Willan is the foremost expert on the subject of ‘God’s Banker’ and after the Heretic Editor met with him in Rome and he revealed even more of the shocking story, we felt compelled to feature his unique and controversial insights. In The Calvi Drama Enveloped in a Cold War Web of Intrigue Philip takes us on a journey of discovery that will leave you wanting more. 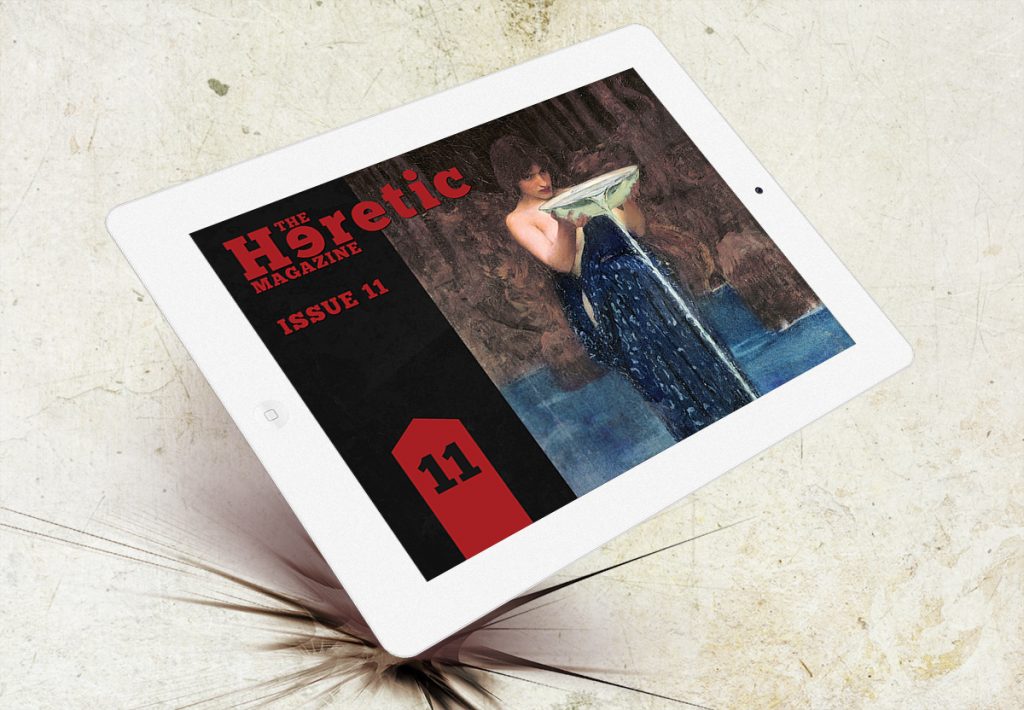