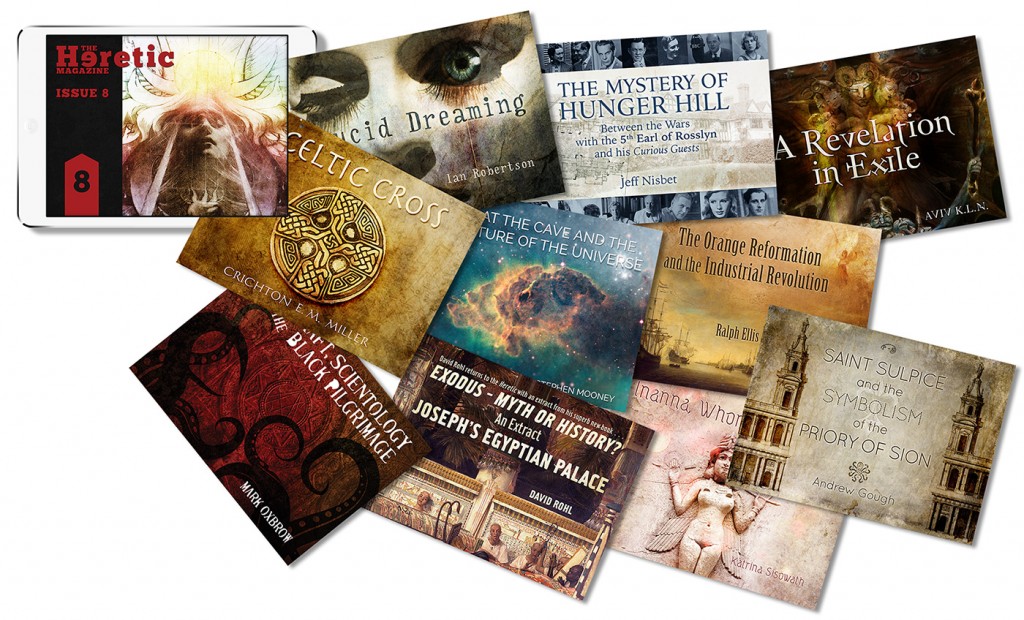 A new issue, a new year and – you guessed it – yet more heresy.

Our latest issue contains ten sensational new articles, half of which are by first-time contributors to the magazine, written by a variety of cross-disciplinary experts and subject-area enthusiasts in the fields of alternative history, lost civilisations and technologies, mysteries and conundrums, Rennes-le-Château, the occult, politics, science and more. No magazine offers more specialised content of this sort than The Heretic.

In A Revelation in Exile, AVIV K.L.N. examines the oldest known copies of the Book of Revelation. What she finds challenges the orthodoxy and sheds new light on the truth behind these important ancient texts.

Ralph Ellis, a man whose heretical research knows no bounds, provides a new twist to an old tale with his superb research for The Orange Reformation and the Industrial Revolution. Do not miss Ralph’s controversial, yet well-argued, thesis.

Crichton E. M. Miller has quietly amassed some of the most original and fascinating research into Celtic traditions and sacred geometry. In Celtic Cross Crichton delves deeper than ever before into the symbolism and function of the Celtic cross, the Sun wheel, the solar wheel, the Wheel of Taranis, the ancient design that originated before the Bronze Age and whose immense power we are only now beginning to reclaim.

With Waves at The Cave and the True Nature of the Universe, the Heretic welcomes Stephen Mooney to a larger stage than perhaps he has known before. Every so often an individual spends decades developing a fascinating theory and perspective on the world of science. Stephen is such an individual and his debut should not be missed.

Historian Jeff Nisbet has emerged as one of the best researchers of his day and in The Mystery of Hunger Hill: Between the Wars with the 5th Earl of Rosslyn and his Curious Guests he explores what most in the mainstream media chose to suppress: the peculiar history of Hitler’s UK sympathisers. What he finds will astonish you.

Heretic regular Mark Oxbrow continues to dazzle with his wide range of well-researched historical conundrums and mysteries, and his latest article, Lovecraft, Scientology and the Black Pilgrimage, is no exception. You will be shocked to discover what Mark has uncovered about H.P. Lovecraft, and much more.

Ian Robertson is another Heretic regular whose remarkable research and range continue to amaze. In his latest work, Lucid Dreaming, Ian examines the strange and mystifying state where the dreamer becomes consciously aware that they are dreaming within the dream. What Ian reveals will surprise you, and send you back to your night-time slumber with some new ideas.

David Rohl is one of the most accomplished historians and Egyptologists of his or any other era, if not the most. David’s work has broken down decades’, even centuries’, worth of outdated dogma and, in the process, has brought a far greater realism to such things as chronology and ancient scriptures, including the Bible. In Issue 8 David has prepared an extract, Joseph’s Egyptian Palace, from his astounding new book, Exodus – Myth or History?. David’s insights are not to be missed.

The author Katrina Sisowath makes her Heretic debut with a fabulous piece that she calls Inanna, Whore of Babylon and, as the title suggests, Katrina provides an exhaustive look into the woman behind the veil of pseudo-history to reveal something very interesting indeed. 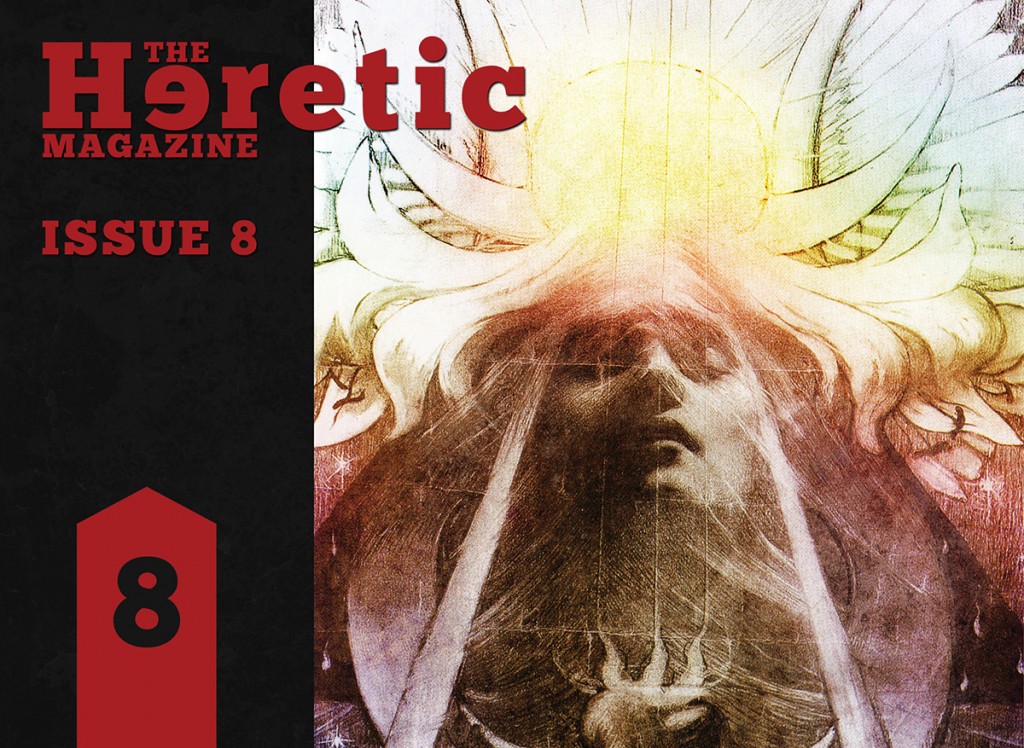