How Captain Scott was influenced by the story of Peter Pan and how it haunted him until the end.

During the last week of March 1912, Captain Robert Falcon Scott was lying in a frigid tent pitched on the ice of Antarctica, beset by some of the fiercest storms he had experienced during his epic trek to the South Pole. He was sheltering with Edward Wilson and Harry Bowers – the three of them all that remained of the group that had struck out for the Pole several months before.

Captain Scott had set out on the 800-mile journey to the South Pole only to find that he had been beaten there by Roald Amundsen, the Norwegian explorer, by just a few weeks. ‘I’m afraid the return journey is going to be dreadfully tiring and monotonous,’ Scott wrote in his diary on the 19th January, 1912 as he contemplated not only failure, but the long walk home. 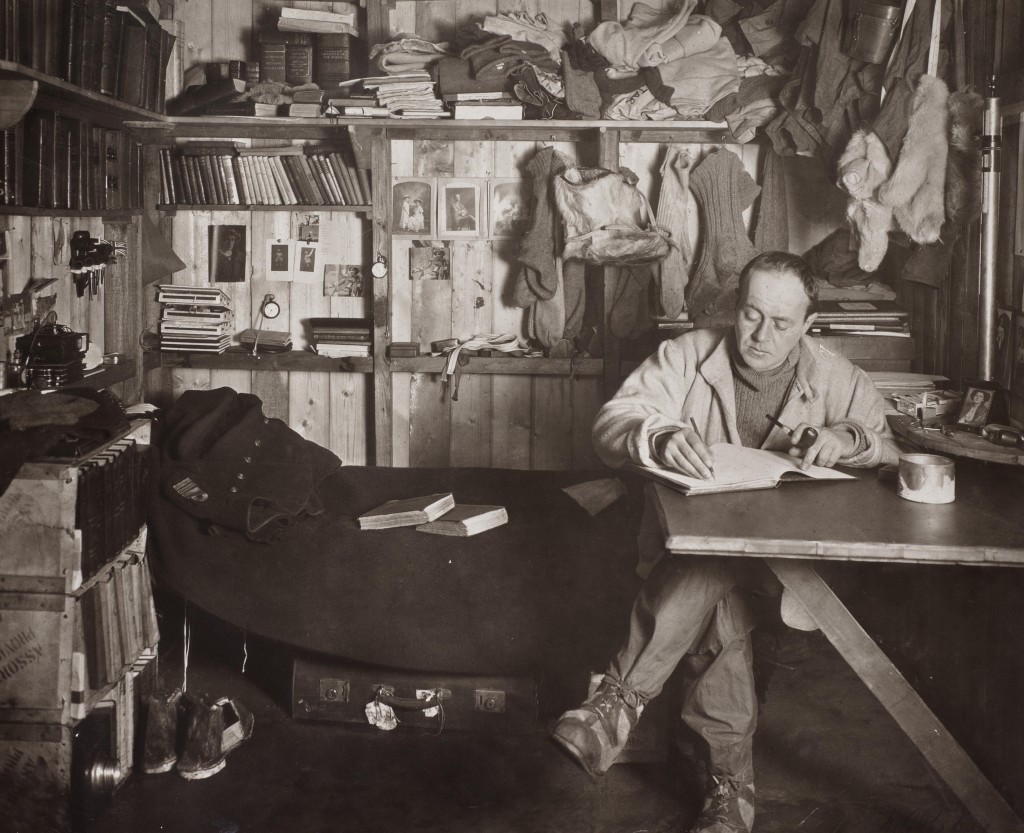 Disappointment was not the worst that Scott and his men would endure; their return journey was assailed by freak weather – with temperatures as low as a hundred degrees of frost Farenheit as Scott phrased it in his diary – and disaster stalked their every move as they desperately tried to get back to the coast and the safety of their camp on Ross Island. It had taken two and a half months to get to the South Pole, yet now they were experiencing worsening weather and were exhausted. They soon lost Edgar Evans after a fall into a crevasse, then Lawrence Oates, ravaged by frostbite, sacrificed his life so that he would no longer slow down his companions. Oates walked out of the tent and into the pages of history when he staggered out into a fierce blizzard, his final words (according to Scott): ‘I am just going outside and may be some time.’

Exactly two months to the day since they had left the South Pole, Scott, Wilson and Bowers made what would turn out to be their final camp and woke the next morning to a terrifying storm. They were just 11 miles from a staging camp known as One Ton Depot that held plentiful supplies of food and oil that they would need if they were to survive, but the storm kept them in their tent and prevented them from making one last push.

They were destined never to cross those last 11 miles and all three men would die in the tent they shared.

While Scott was lying exhausted in his tattered clothes and his frozen sleeping bag, he began to write a series of letters to his loved ones. It is clear that he knew their plight was almost hopeless and that they would not survive, so the letter writing was Scott’s attempt to say farewell and to sign a postscript to one of the boldest – or craziest; you choose – adventures ever undertaken.

Scott wrote to his former commander, his mother, to the mothers of the men who were dying beside him, and to his wife. However, the letter that has always intrigued me the most is one that he wrote to J. M. Barrie, the author of Peter Pan.

Scott and Barrie had been close friends, meeting first in 1906 after bring introduced by fellow author A. E. Mason, a member of Barrie’s cricket team Allahakbarries which in its day included other literary luminaries such as Arthur Conan Doyle, Rudyard Kipling, H. G. Wells and P. G. Wodehouse. Barrie would later write of their meeting in the introduction to Scott’s posthumously published Personal Journals:

‘On the night when my friendship with Scott began he was but lately home from his first adventure in the Antarctic, and I well remember how, having found the entrancing man, I was unable to leave him. In vain he escorted me through the streets of London to my home, for when he had said good-night I then escorted him to his, and so it went on I know not for how long through the small hours.’

Scott and Barrie intrigued one another from the start and both men seemed to want what the other had – Scott desiring to be a great writer and Barrie wishing to find adventure and seek out ‘what it is really like to be alive.’ Barrie would later write: ‘Our talk was largely a comparison of the life of action (which he pooh-poohed) with the loathly life of those who sit at home (which I scorned).’

Captain Scott went on to name his own son Peter after Barrie’s fictional hero, Peter Pan, and Barrie was named as Peter’s Godfather. However, the two men would not enjoy a long friendship before fate cruelly intervened. As D. H. Lawrence would point out later with much poignancy, in 1921: ‘J.M. [Barrie] has a fatal touch for those he loves. They die.’

Back in the tent, and written in several stages, probably over the course of a few days, the final letter to Barrie is heartbreaking:

‘We are in a desperate state, feet frozen, &c. No fuel and a long way from food, but it would do your heart good to be in our tent, to hear our songs and the cheery conversation… We are very near the end, but have not and will not lose our good cheer. We have four days of storm in our tent and nowhere’s food or fuel. We did intend to finish ourselves when things proved like this, but we have decided to die naturally in the track.’

‘…nowhere’s food…’ It seems to me that this line is a tantalizing nod to Barrie’s Neverland, that place that exists yet doesn’t – betwixt and between. Scott ends the letter with a plaintive admission and a statement that highlights the self-doubt with which Scott was often plagued:

‘I never met a man in my life whom I admired and loved more than you but I never could show you how much your friendship meant to me – for you had much to give and I nothing.’

Scott also asked Barrie to care for his son and support him in later life, which Barrie dutifully did. Captain Scott reiterated this to his wife and he told her: ‘make the boy interested in natural history if you can; it is better than games.’ Some of this must have rubbed off because Peter Scott went on to become a noted conservationist and a co-founder of the World Wide Fund for Nature.

In the letter to Barrie, Scott also seems to reference Peter Pan; or, The Boy Who Wouldn’t Grow Up, echoing a line from the play when the Lost Boys are about to walk the plank of Captain Hook’s ship. Wendy says to them: ‘These are my last words, dear boys. I feel that I have a message for you from your real mothers, and it is this: ‘We hope our sons will die like English gentlemen.’ ’

Almost a decade after that play was written, Scott wrote to Barrie from the freezing tent: ‘We are showing that Englishmen can still die with a bold spirit, fighting it out to the end.’

When the body of Captain Scott and his two companions were finally found eight months after their deaths, the letters were retrieved and sent back to England. Barrie received his letter over a year after it had been written. What he read moved him profoundly and from that day on he would carry the letter around with him everywhere he went and would bring it out when making speeches, reading aloud and quoting from it. When Barrie himself died many years later, Scott’s letter to him was still in the breast pocket of one of his jackets. He had carried it with him for over twenty years. 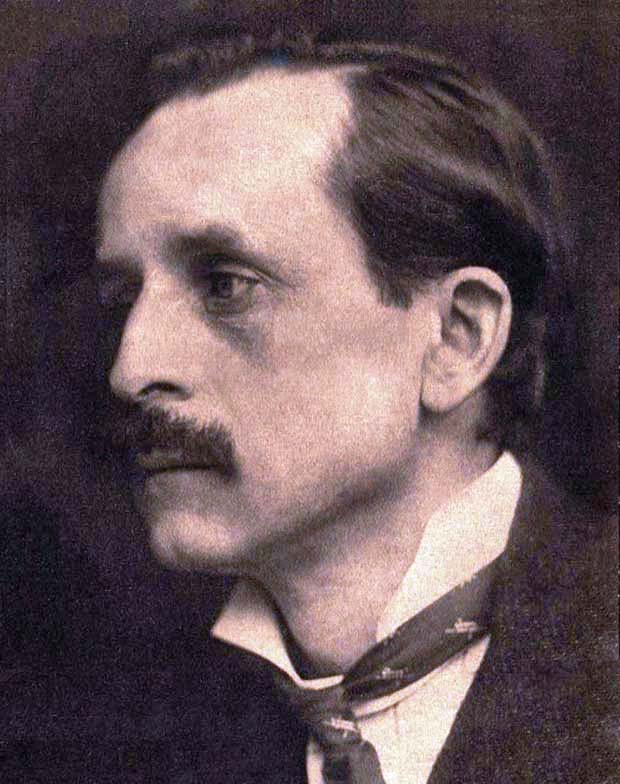 Scott believed that he had failed, even though the effort had been a valiant one, and in the letter titled simply ‘Message to the Public’ that he wrote in the midst of his desperate plight, he stated: ‘Had we lived, I should have had a tale to tell of the hardihood, endurance, and courage of my companions which would have stirred the heart of every Englishman.’ What Scott could not have known was that the world would be enraptured by this tale of daring and defeat, of adventure in the wildest wastes of Antarctica. Here was a land so impossible to fathom and imagine completely, a true wilderness utterly devoid of life, and stepping into that unforgiving landscape was an Englishman unwilling to let anything get in his way or thwart his attempt to tame it – not even his own death. Even though Captain Scott was not the first to the Pole, it is Scott’s name that has lived on while Amundsen’s has faded. Here was a tale to rival any that the imagination of J. M. Barrie could conjure up.

One last thought; as he lay dying on the ice, did Captain Scott fondly remember his friend’s play, Peter Pan; or, The Boy Who Wouldn’t Grow Up, the very play that he had named his own son after? And did he recall Peter Pan himself standing on the rock in the middle of the lagoon, defiantly mocking his fate and declaring: ‘To die will be an awfully big adventure.’ 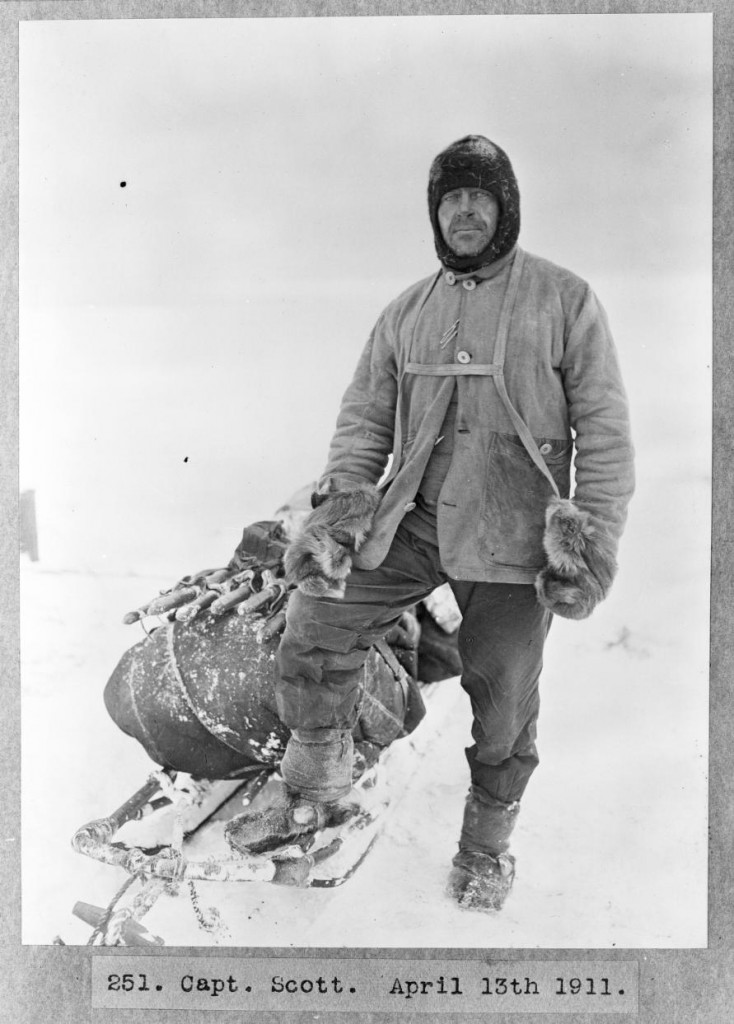 Mark Foster lives in London, UK, and divides his time between writing and running a graphic design agency. He is also co-owner and Creative Director of The Heretic Magazine. He has written and co-authored numerous non-fiction books including: Secrets of Dan Brown’s Inferno and Tolkien: The Secret History Of The Hobbit And The Lord Of The Rings. He is also the author of a series of novels titled Messages From The Unseen World.