In a time of uncertainty and of dangers lurking all around us, John Davis brings a sense of peace. He offers captivating glimpses into his past line of work as a counterintelligence officer, linguist, and federal servant in his book, Rainy Street Stories: Reflections on Secret Wars, Espionage, and Terroism. By understanding there are those working towards harmony, and not through additional violence, I found it illuminating. To learn the minds of others helps us understand better, and helps us to be able to live more safely in the world. Enjoy.

1)The hidden and secret wars expressed in your book, Rainy Street Stories, certainly causes one to pause. You share stories from a world, often unknown or unseen, and filled with mystery, intrigue, and danger. A world you once lived in. Your book is an engaging and excellent read. What prompted you, or why was it important for you to write a book on this subject?

I wrote this because I believe it is important for citizens of a free society to know what they are calling upon those of us in the secret world to do. I hoped to put human faces on the consequences of abstract policies, case work, and even historical events. Moreover, I thought few knew the real, ground level atmosphere of surveillance work or the mysterious demands of secret contacts and missions of such a world.

The questions of loyalty, trust, and betrayal are always present, and I wanted people to be somewhat aware of what it is to live in such a morally problematic condition. As I mentioned in the preface to Rainy Street Stories, there is no free pass from right and wrong…even, or especially, in the secret world.

We are a society of laws, and should always remember that what makes us the ‘good guys’ is how we adhere to the norms of a liberal democracy. It was for this reason that I wrote so vociferously against torture in Rainy Street Stories.

2) You met people and experienced lifestyles from all across the world. Are your feelings we are much the same, no matter where we live, or do you feel there are great differences causing such covert battles to continually emerge?

I discovered, once I looked ‘around the corner’, so to speak, that just like Shakespeare said in Hamlet, “There are more things in heaven and earth, Horatio, than are dreamt of in your philosophy.” – Hamlet (1.5.167-8), Hamlet to Horatio.

There are many beliefs, philosophies, and personalities about which we know little. Part of the adventure of life is to learn of, and about, others. We find many similarities, of course, but it is the differences which cause us to grow, and perhaps learn something. Our role is to remain open to surprises, and be discerning in what is good, or bad, as we grow in knowledge of what those terms mean. One truism I’ve discovered is that the more you know of others, the less you fear them. Personally, I’ve always valued exchange programs between people of different lands, the better to know one another in their actual living conditions. The more we know of others, the safer our world will be.

3) Reading your book spurs thoughts that maybe the conspiracy theorists know quite a lot. :). It makes me wonder how much control and power comes from a clandestine few. Can you share thoughts on this? Do you feel secret societies, such as the so called illuminati or P2, are instigators to turmoil or peace? How threatening or helpful to us is the world you knew? Should we make ourselves more aware?

No, I don’t subscribe to conspiracy theories which maintain that a knowledgeable few control events. This is not to say over the years such groups haven’t tried! As an analyst of human nature, as it is played out in world affairs, I find that chance, pure dumb luck, and surprise play far greater roles than conspiracies. A story that sounded too pat, too neatly tied up with a ribbon, was always suspect to me.

There are traits of human nature which can be understood, however, but these are not easily codified. Secrets don’t remain so for long, particularly so long as human beings want to know. And we always want to know. I agree with the conclusions reached many years ago by the Congressional Committee chaired by Senator Daniel Patrick Moynihan when he argued for less, rather than more, secrecy. Too much secrecy threatens a democratic society. We can’t remain beholden to only a select few (even if elected) to distill what we as a society are allowed to know. In fact, I’m an advocate for intelligence oversight.

Many avenues should be available within the system for those who question the legality of something. This has been done quite well in many agencies I’ve worked in. I also believe in a free press, which many have found strange. As Moynihan contends, we need to put a limit to what we declare secret, and how long it stays that way, if we are to make informed judgements, or scholars are to write true histories.

Perhaps if we did so, we wouldn’t be so surprised by world events! Paradoxical, isn’t it? Transparency in government affairs is always, always preferable to secrecy. If only for our own good! 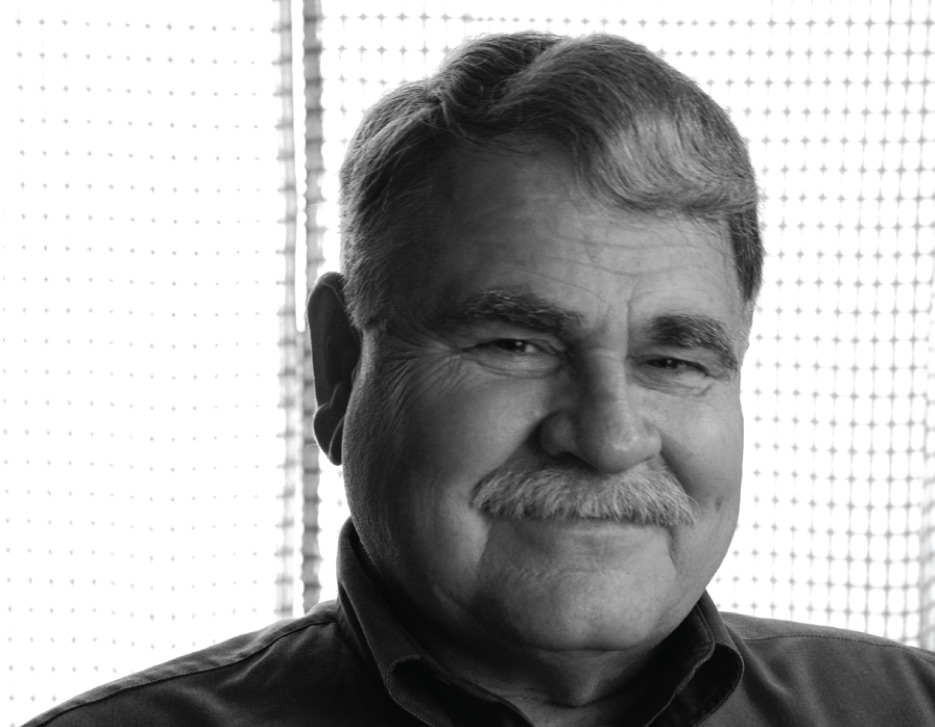 4) Thank you for your service, John. Your questioning within your chapter entitled ‘Undercover’ hints to the perilous world you lived in, in order to make ours a safer place. It’s not something done lightly, and I appreciate it deeply. The line, ‘Imagine the worst, then imagine something beyond that, because your captors can’; and thoughts of a one-way street, victory or death, is heartrending. But even now, retired, you still serve, and with your wife, have won the Lorinne Emery Award for Volunteer Service. Congrats! What does this award mean to you? What joy do you feel with serving?

The Lorrine Emery Award for citizen diplomacy means so much to Jane and me because we’ve always imagined our family as unofficial American ambassadors. We lived together overseas some 13 plus years. In fact, Jane spent most of her life overseas, learning what it means to experience the wonder of the new, and what it takes to understand and perhaps gain acceptance among the local people. Incidentally, her dad was in the regiment about which the series Band of Brothers was made.

As Americans abroad, we’ve tried to orient our entire lives to represent our nation as it can be. We’ve worked with refugees in the Netherlands, counting some among our current friends. Jane gave demonstrations of American cooking, family traditions, and hosted foreign visitors in Italy. In Germany, we learned the language, sponsoring and befriending those who came over from the former Eastern bloc. We tried to pave the way for better understanding and reconciliation of former enemies. Jane even organized a remarkably successful event in the Netherlands when she arranged a Native American weekend, drawing support from literally dozens of Native American soldiers. We tried to carry this joy of life with us to Alabama, my next assignment after the Cold War.

We volunteered with Global Ties, a non-profit that implements State Department exchange programs. We guide foreign guests to their appointments and try to treat each group as if they are the most important persons to visit Huntsville. We carefully review their biographies, and determine their particular interests, the better to make a personal connection. We’ve learned local history and prepare to answer visitors’ questions. Many questions concern our Civil War or the civil rights period. We answer without equivocation. In fact, we make sure to tell our guests, before their formal meetings, to ask any question, and not be satisfied until the question is answered. Assume every issue is on the table. Jane is especially attentive to dietary or religious needs of our visitors, and conscientiously checks ahead for their particular requests. I should add all love their first chance to eat alligator!

Above all though, we’ve found that to study others’ beliefs and customs makes us aware and respectful of cultural differences. Of most significance, and most commented upon, is our honest and straightforward method of dealing with questions. We try to respond to inquiries with comprehensiveness; to place information in context. We don’t avoid even potentially problematic issues. We enjoy asking as well as answering questions! That’s how we learn. Listening is a wonderful art, and expands our world. In fact, one guest, a mayor from the Philippines, reported later that cooperative efforts he’d discovered here through Global Ties resulted in his peace initiative between combating factions in his country. They even worked together after a tremendous typhoon, helping each other regardless of ethnic or religious differences! Our motto is that of Abraham Lincoln, “If you would win a man to your cause, first convince him that you are his sincere friend.” We’ve learned what patience, diligence, imagination, and sincere care for each other can do to break age old walls.

5) It seems you continue to find adventure within your life. Possibly of a more calming nature now. Do you miss anything about your past work, though? What are you enjoying now in your spare time? Have you been to the Sherlockian Society lately? I need to visit one of those soon!

We don’t know how to rest. I do miss some of the strange developments and curious people which arose during my counterespionage and counter terrorism investigations. Art can never be more astounding that reality! Today I write for various professional journals about community policing, combating violent extremism, and legal issues.

We’re active with St. Vincent de Paul social efforts to assist the poor. Jane makes ‘themed’ baskets and knitted hats which we give away to charities for silent auction fundraisers. We’ve helped United Cerebral Palsy, Optimists Club, arts groups, and even injured police officers’ events, to name a few. We continue to enjoy our Sherlock Holmes group, where I continue my fascination with his inquiries reminiscent of mine…although not as strange!

You can find out more about Rainy Street Stories: Reflections on Secret Wars, Espionage and Terrorism at Red Bike Publishing, or you can order it from Amazon UK and Amazon US. 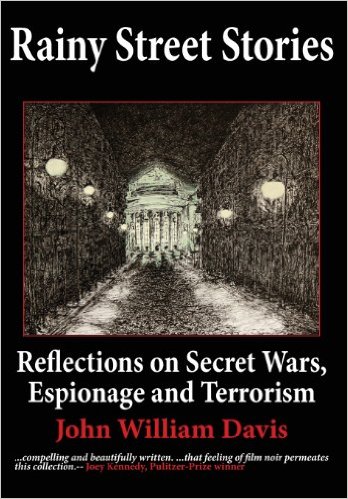 Jenny Kile is a writer, treasure hunter, game enthusiast, researcher, and founder of Kardtects Building Cards. She manages a few websites dedicated to these varied interests and enjoys sharing adventures in each. Some of the topics she writes about on her sites include: searching for lost treasures (MysteriousWritings.com), how to build amazing card houses (Kardtects.com), and collecting wonderful board games of the 1800’s (AllAboutFunandGames.com). She has also written a few children’s books capturing the love for adventures (amazon.com/author/jennykile) Jenny believes Fun is Everywhere and welcomes all to join in the fun with her.