THE PEOPLE, FACES AND PLACES OF MARCO POLO’S ASIA

In Issue 7 of The Heretic Magazine, we feature Francis O’Donnell, filmmaker, explorer and author of  In the Footsteps of Marco Polo, a chronicle of his historic two-year, 25,000-mile journey retracing Marco Polos’s thirteenth-century Travels along the fabled Silk road. Francis was accompanied by photographer Denis Belliveau and the following is a selection of images taken on the journey. 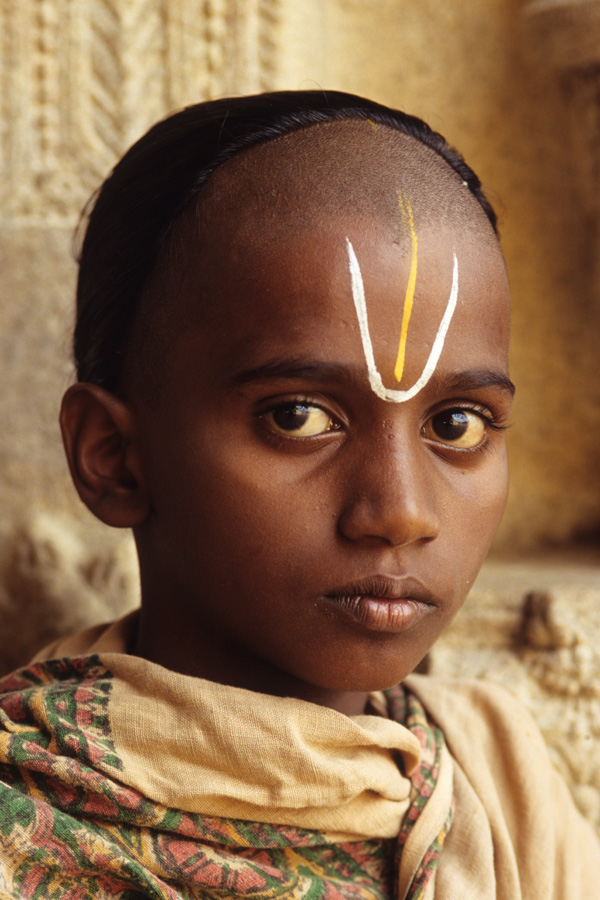 ‘They eat no meat and drink no wine. They live virtuous lives according to their own usage. They have no sexual intercourse except with their own wives. They take nothing that belongs to another. They would never kill any living creature or do any act they believe to be sinful … all the Brahmans in the world are known by an emblem which they wear … a cotton cord on their shoulder and fastened under their arm and across their chest.’ – Marco Polo 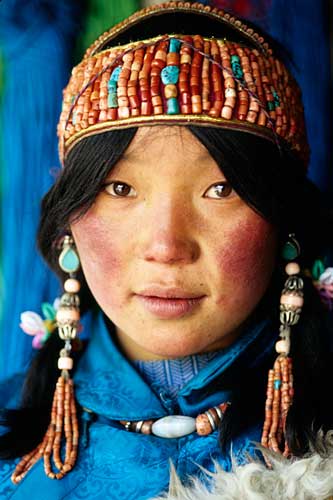 ‘This province, called Tibet, is of very great extent. The people … have a language of their own, and they are Idolaters. Coral … fetches a high price, for they delight to hang it round the necks of their women and of their idols.’ – Marco Polo 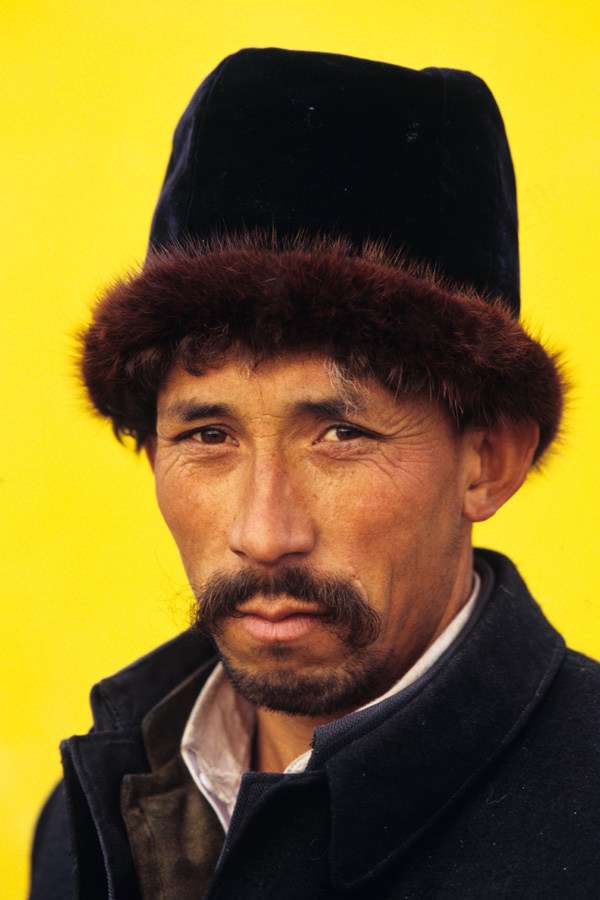 ‘They (the Uygars) live by the fruits of the earth, which they have in plenty, and dispose of to travellers, having beautiful gardens and vineyards, and fine estates… They are a people who take things very easily, for they mind nothing but playing and singing, and dancing and enjoying themselves.’ – Marco Polo 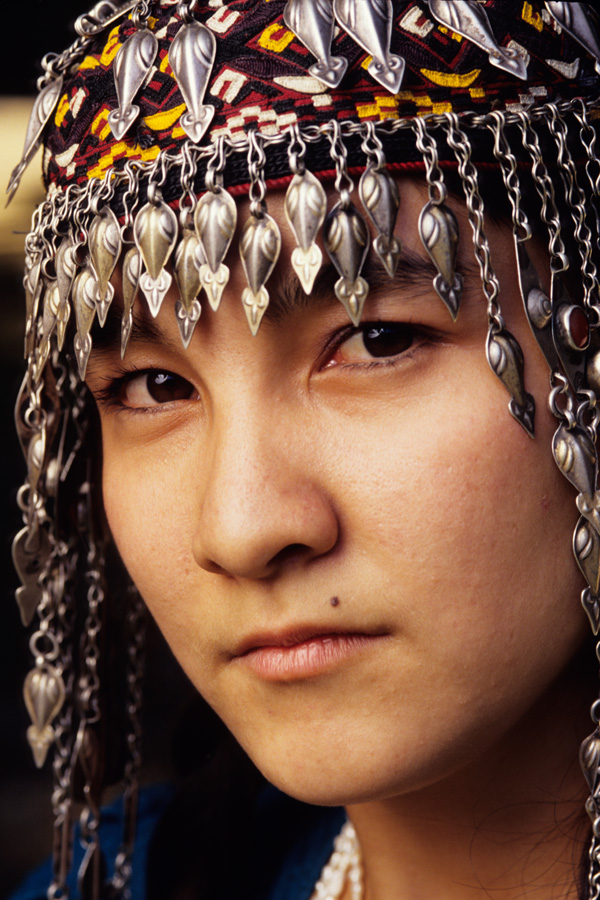 ‘Kaidu had a daughter named Aiyaruk, a Tartar name which signifies “Bright Moon”. This damsel was so strong that there was no squire or gallant who could vanquish her.’ – Marco Polo 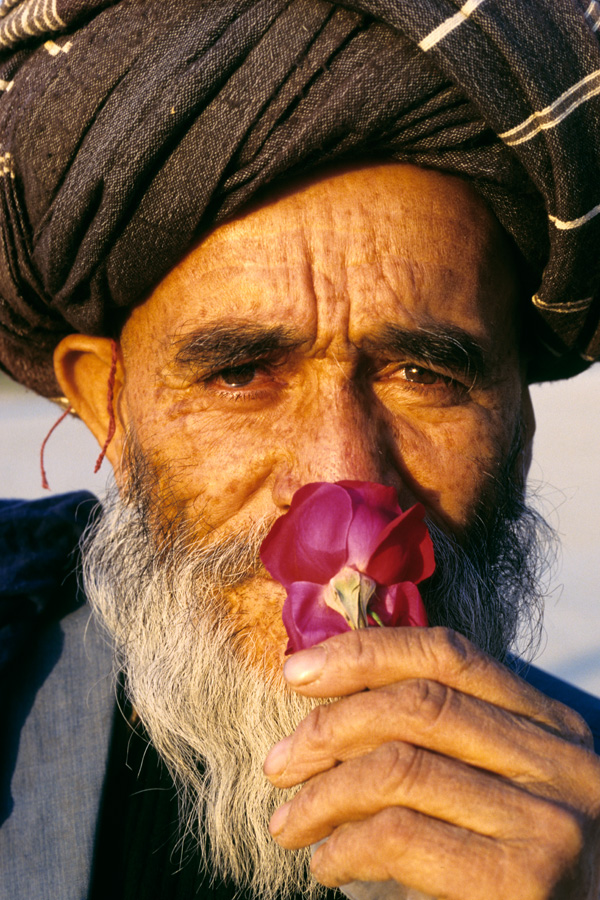 ‘Ten days’ journey to the south of Badakshan there is a province called Pashai… There, the men wear earrings and brooches of gold and silver set with stones and pearls. They wear nothing on the head but a cord some ten palms long twisted round it.’ – Marco Polo 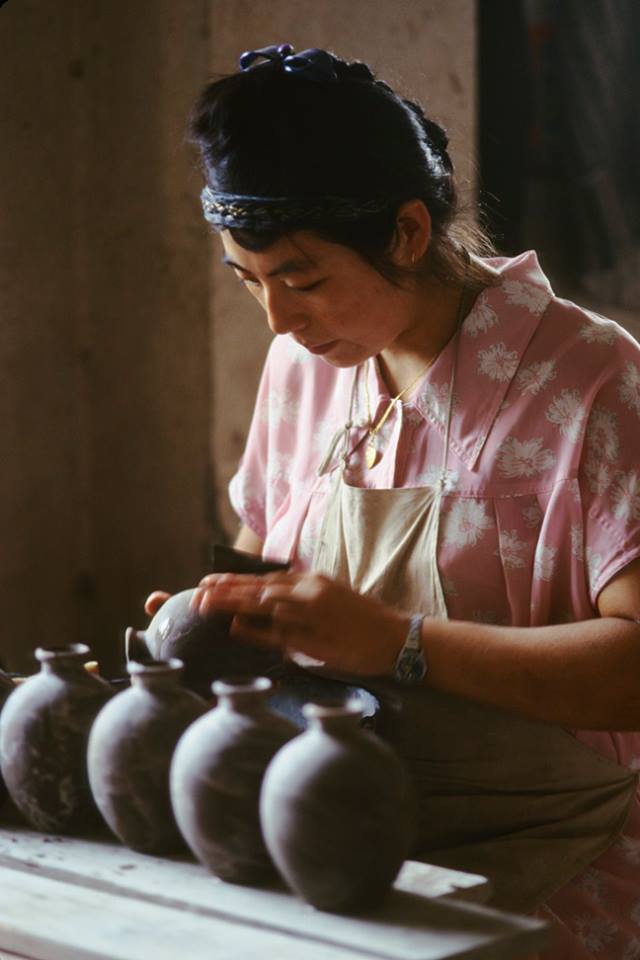 ‘In this province they make the finest bowls of porcelain, large and small, of incomparable beauty. They are made nowhere else, and from here they are exported all over the world.’ – Marco Polo 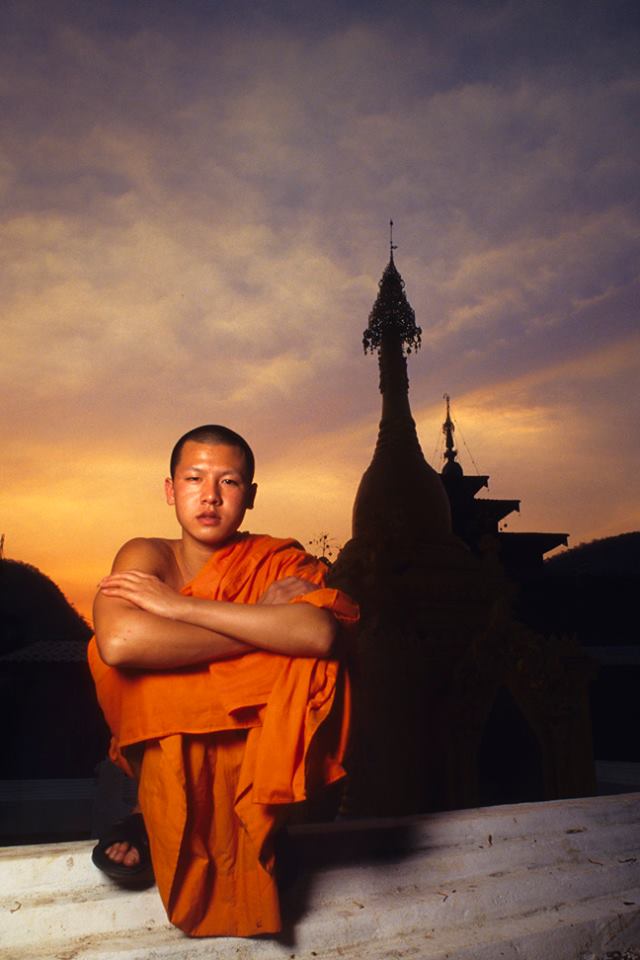 ‘In former days a rich … king commanded that his tomb should be erected… The towers are built of fine stone; one of them has been covered with gold a good finger in thickness, so that the tower looks as if it were all of solid gold; and the other is covered with silver in like manner so that it seems to be all of solid silver… The upper part of these towers is round, and girt all about with bells … whenever the wind blows among these bells they tinkle … erected to commemorate his magnificence and for the good of his soul … one of the finest sights in the world … when lighted up by the sun they shine most brilliantly and are visible from a vast distance.’ – Marco Polo 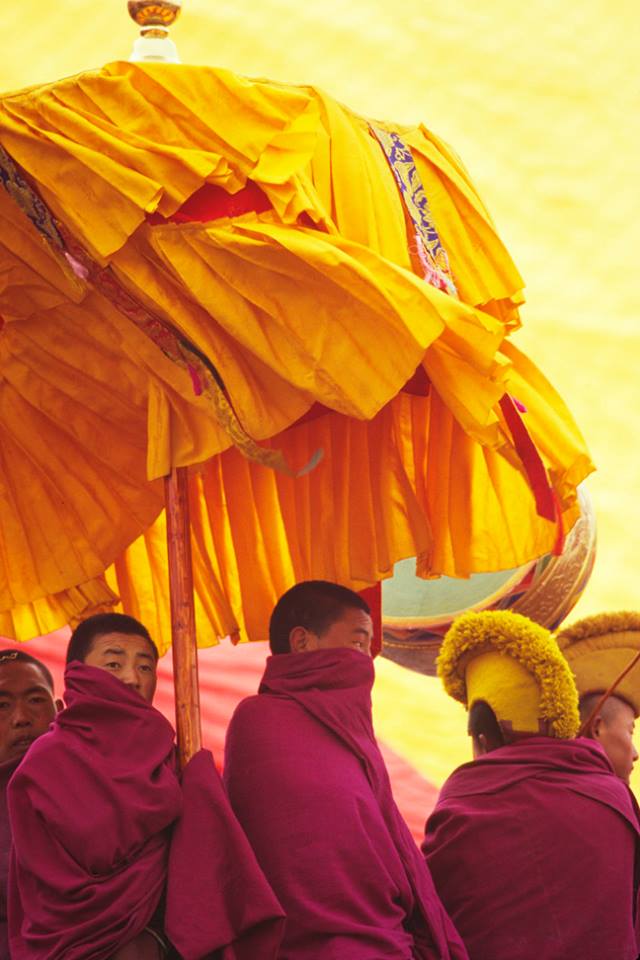 ‘They have huge monasteries … inhabited by two thousand monks … who wear their heads and chins clean shaven. They make the most magnificent feasts, for their idols, with the most wondrous hymns and illuminations that were ever seen.’ – Marco Polo 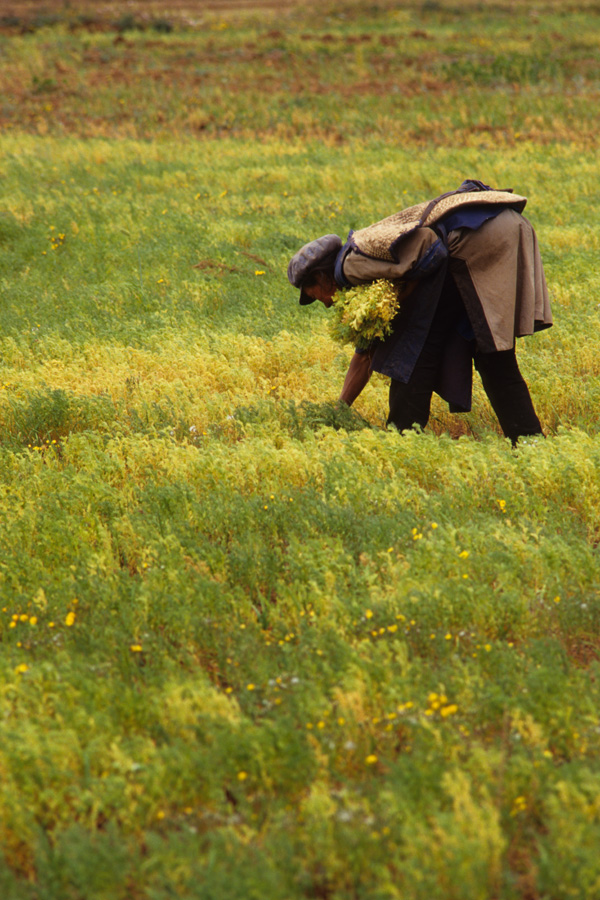 ‘When the Emperor sees that corn is cheap and abundant, he buys up large quantities, and has it stored in great granaries … this applies to all kinds of corn, whether wheat, barley, millet, rice, panic … and when there is any scarcity of a particular kind of corn, he causes it to be issued … so that everyone can have food in this way. By this providence his people can never suffer from dearth. He does the same over his whole Empire; causing these supplies to be stored everywhere, according to calculation of the wants and necessities of the people.’ – Marco Polo 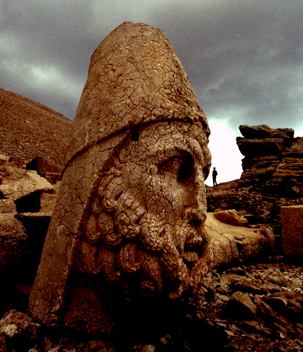 ‘I will tell you about a country called Mulehet … which means ‘heretic’ according to the laws of the Sarasens… The Sheik of the mountain used to live here in days gone by… The Sheik of the assassins was called … Alaodin. When Hulagu, Lord of the Tartars of the Levant, knowing of all the evil deeds this Sheik had done, he made up his mind that he should be crushed…!’ – Marco Polo 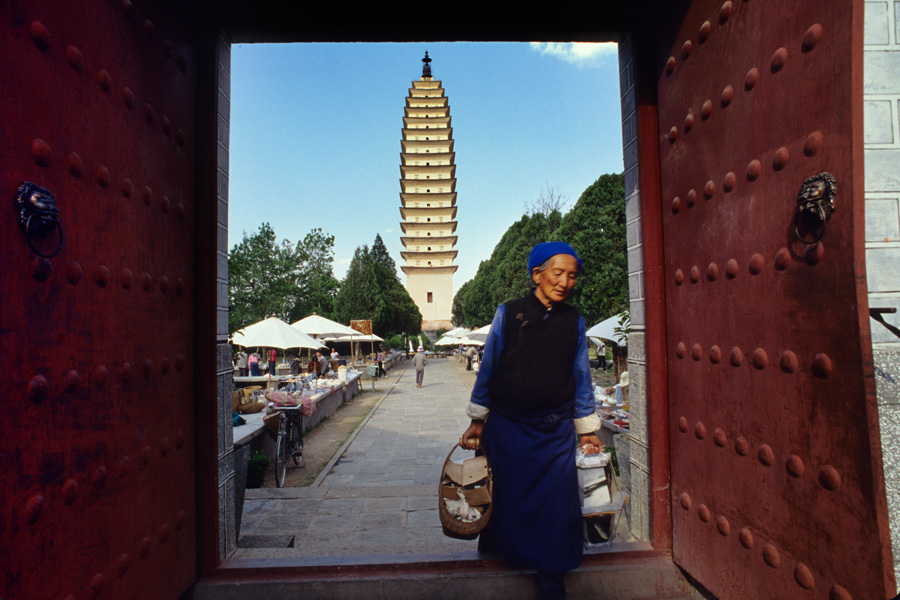 ‘Inside the city there are erected beautiful palaces and mansions, of the richest and most exquisite structures that you can imagine, belonging to the nobles of the city… There are also many abbeys and churches of the Idolaters… The houses of the city are provided with lofty towers of stone in which articles of value are stored for fear of fire; for most of the houses themselves are of timber, and fires are very frequent in the city.’ – Marco Polo 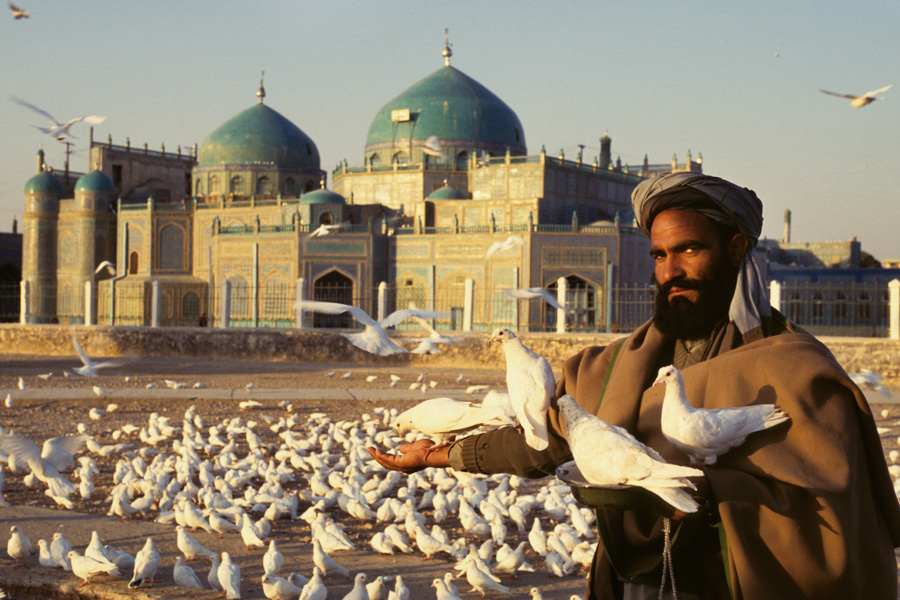 The Tomb of Hazrat–Ali, Mazar I Sharif, Modern capital of Balkh province

‘Balkh is a noble city … though it was much greater in former days. But the Tartars and other nations have greatly ravaged and destroyed it. There were formerly many fine palaces and buildings of marble, and the ruins still remain. The people of the city tell that it was here that Alexander took to wife the daughter of Darius.’ – Marco Polo 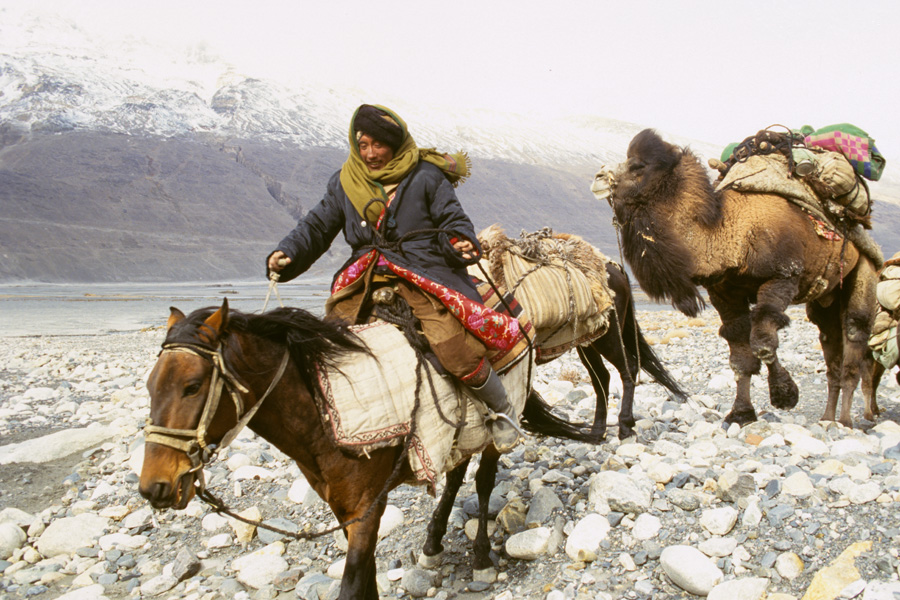 ‘At the end of those twelve days you come to a province of no great size … called Wakhan … when you leave this little country, and ride … always among mountains, you get to such a height that ’tis said to be the highest place in the world! This plain is called Pamir … finding nothing but a desert … travellers are obliged to carry with them whatever they have need of.’ – Marco Polo 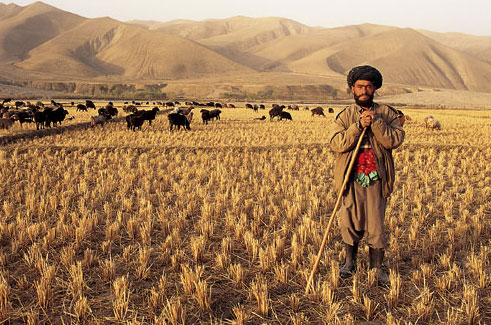 A farmer tends his fields in Talikhan, Afghanistan

‘You come to a fortified place called Talikhan, where there is a great corn market. It is a fine place … there grow almonds and pistachios, which are exceedingly cheap… When you leave this town and ride three days further … you meet with many fine tracts full of vines and other fruits, and with a goodly number of habitations.’ – Marco Polo 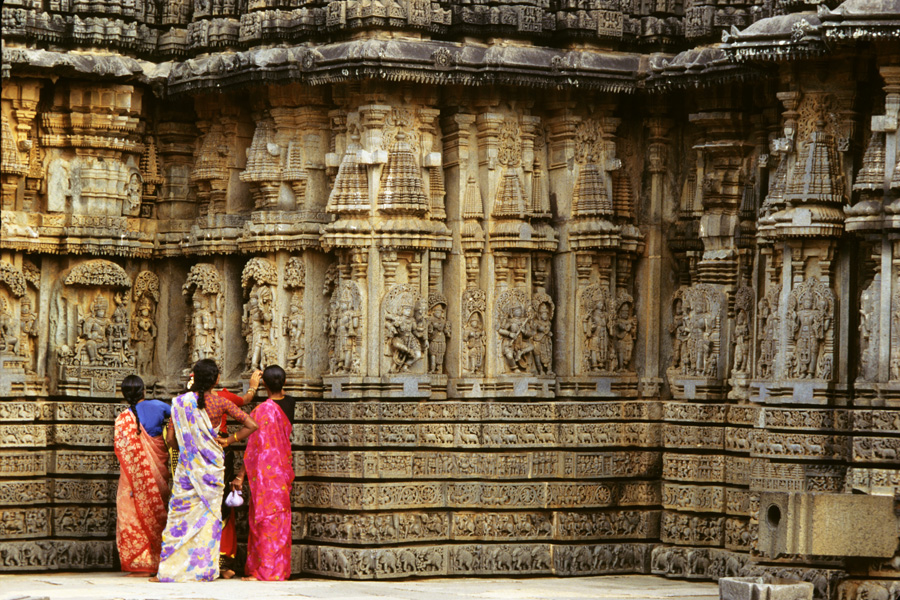 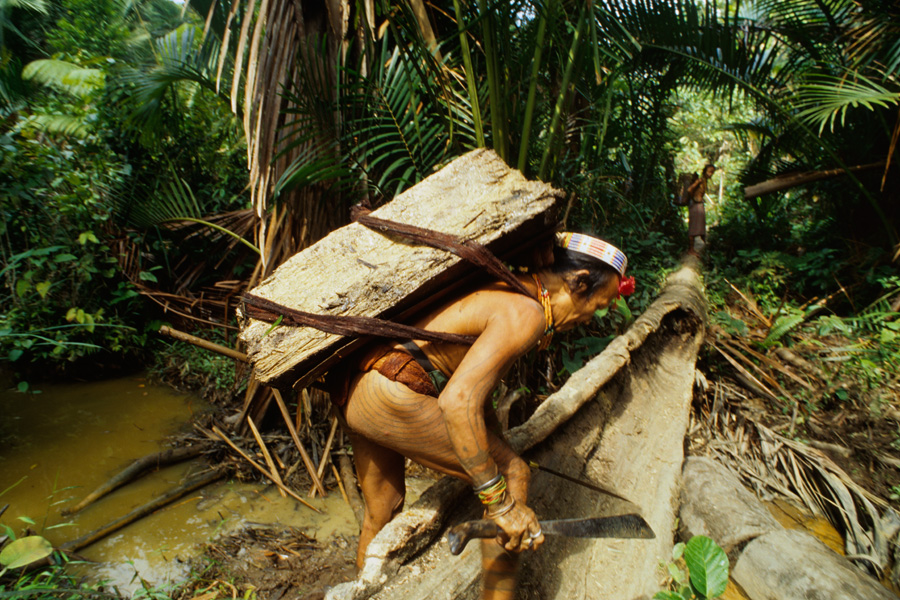 Mentawai tribesman carries a section of the Sago tree for processing

‘The people have no wheat… I will tell you another great marvel. They have a kind of tree that produces excellent flour; it is for food. These trees are very tall and thick, but have a very thin bark, and inside the bark they are crammed with flour. I did sundry times partake of this flour made into bread, and found it excellent.’ – Marco Polo 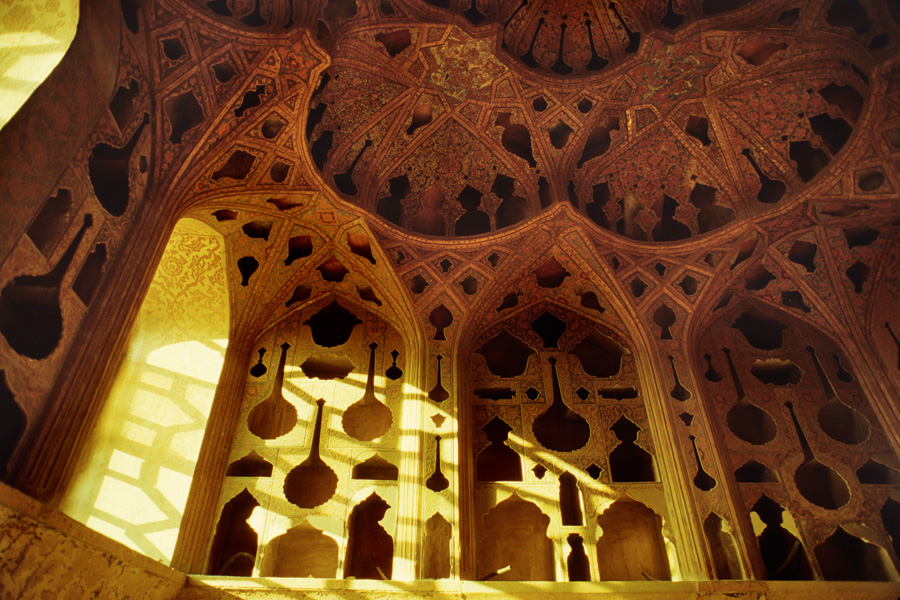 ‘Persia is a great country … and contains eight kingdoms … which was in old times very illustrious and powerful; but now the Tartars have wasted and destroyed it… I will tell you the names of them all.’ – Marco Polo 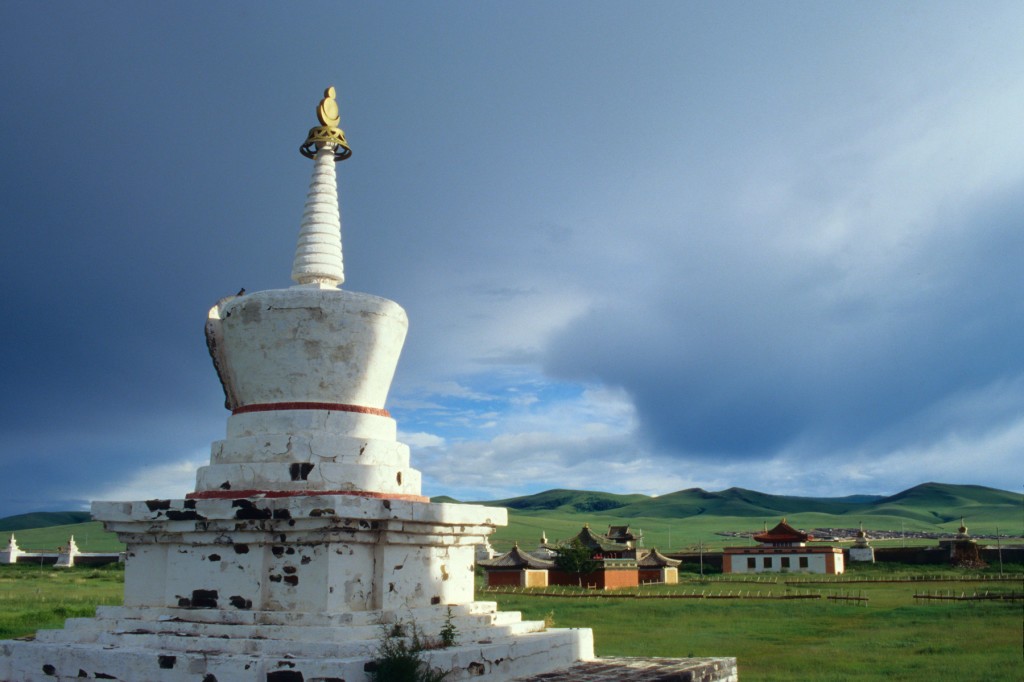 ‘Karakorum is … some three miles in compass … surrounded by a strong earthen rampart… ’Tis the first city that the Tartars possessed… I will tell you … how they first acquired dominion… Now it came to pass in the year … 1187 that the Tartars made them a King whose name was Genghis Khan. He was a man of great worth, and of great ability, and valor… The Tartars gathered to him in astonishing multitude, when he saw such numbers … that they seemed to cover the earth, he began to think of conquering … the world.’ – Marco Polo 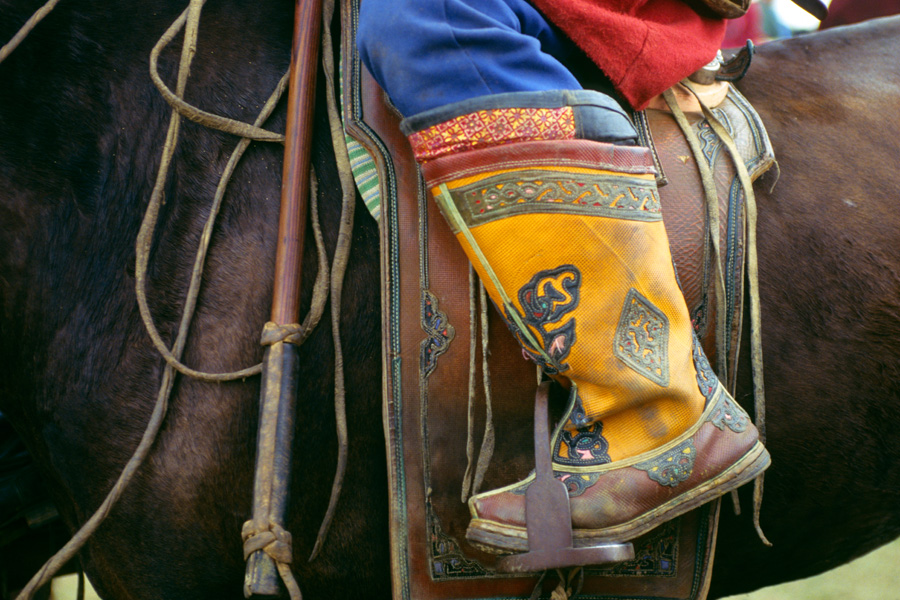 ‘Their harness of war is excellent and costly. Their arms are bows and arrows, sword and mace; but above all the bow, for they are capital archers… On their backs they wear armour … prepared from buffalo and other hides, which is very strong. They are excellent soldiers, and passing valiant in battle. They are also more capable of hardships than other nations.’ – Marco Polo 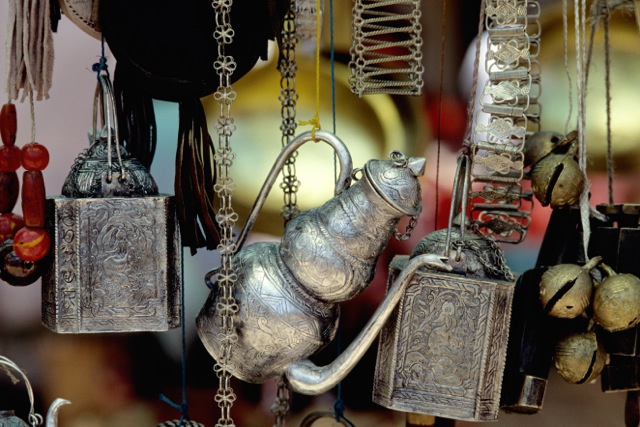 Trinkets still to be found in Kashgar’s famous market

‘Kashgar is … subject to the Great Khan… The inhabitants live by trade and handicrafts; from this country many merchants go forth about the world on trading journeys.’ – Marco Polo

Francis O’Donnell is an artist, author, filmmaker and explorer. He is an alumnus of the School of Visual Arts in New York, where he earned a BFA in Media Arts. A veteran of the United States Marine Corps, Francis has travelled the world extensively, visiting over sixty countries, and is a member of both the New Explorers Club and the Adventurers Club of Chicago. His Emmy-nominated PBS documentary, as well as the companion book,  In the Footsteps of Marco Polo, chronicle his historic two-year, 25,000-mile journey retracing the Venetian merchant’s thirteenth-century Travels along the fabled Silk road. Watch the Film, In the Footsteps of Marco Polo.